The Going for Growth Team are delighted that Finland became the first country outside Ireland to pilot the initiative in 2014.

The Lead Entrepreneur for the pilot cycle was Anne Berner of Oy Vallila Interior Ab. The round table in Finland was run to coincide with the Irish 6th cycle. Anne and the eight participants from Finland joined the 6th cycle participants at the Going for Growth National Forum in Ireland in March 2014.

The pilot Going for Growth round table was directed and managed by the Going for Growth team in Ireland and coordinated in Finland by Terttu Savela at the Oulu University of Applied Sciences. The sponsors of the initiative in Finland are the University of Applied Sciences, the European Social Fund and The Centre for Economic Development, Transport and the Environment.

It is intended to have the Going for Growth initiative established in other countries in the future, providing a link for ambitious women entrepreneurs focused on growth to learn from each other, network and do business together. 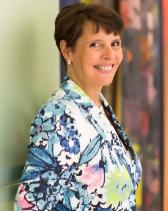 Anne is a third generation family business entrepreneur, based in Helsinki, Finland.  She was CEO of the Vallila Group from 1989-2012, before moving to her current role as Chairman of the Board of Directors. The Company works with interior design and fabric collections for the consumer.

For many years, Anne has been active in exports, mainly within the Russian market.  She has been actively advocating ownership and entrepreneurship both in Finland and Europe. Anne is also a former recipient of the Veuve Clicquot Business Woman Award and is currently a “Dragon” on the Finnish version of the TV series, Dragon’s Den.